Visitors were able to interact with the content and read through the digital multimedia platforms: Touch Screen Stands as a hardware and supported with custom designed software for the content display and user interaction.
A Digital Library for the digitized Original Books of the Muslim Scientists and Thinkers throughout the ages implemented as a part of RAMADAN & FITR EID FESTIVAL 2015 in KATARA in cooperation with Qatar National Library. In addition to that, a simulation for the Scientific Innovations that were created by the Muslim Scientists were implemented using the Hologram Platform and supported with all-new content productions done by MEDIA WORK Production House.
Muslim Scientists Achievements - Library Project.
KATARA - Doha, Qatar - 2015

The Ferris Wheel with the Dinosaur.
Implemented in KATARA - MAGICAL FESTIVAL VILLAGE Project 2017. 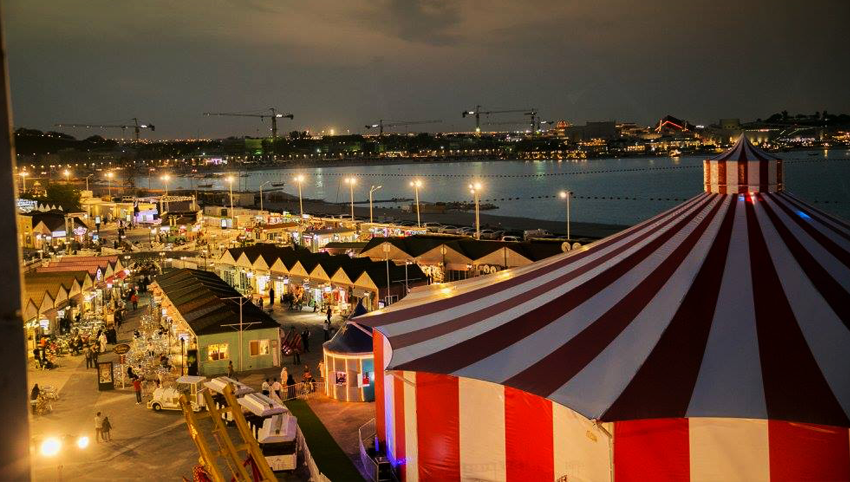 An outdoor Exhibitions contain around 20 shops located in KATARA - The Cultural Village during The Holy Ramadan Month 2015. The Exhibition was a part of the RAMADAN & FITR EID FESTIVAL 2015 - MUSLIM SCIENTISTS ACHIEVEMENTS THROUGHOUT THE AGES AND SCIENTIFIC SIGNS IN THE HOLY QURAN.